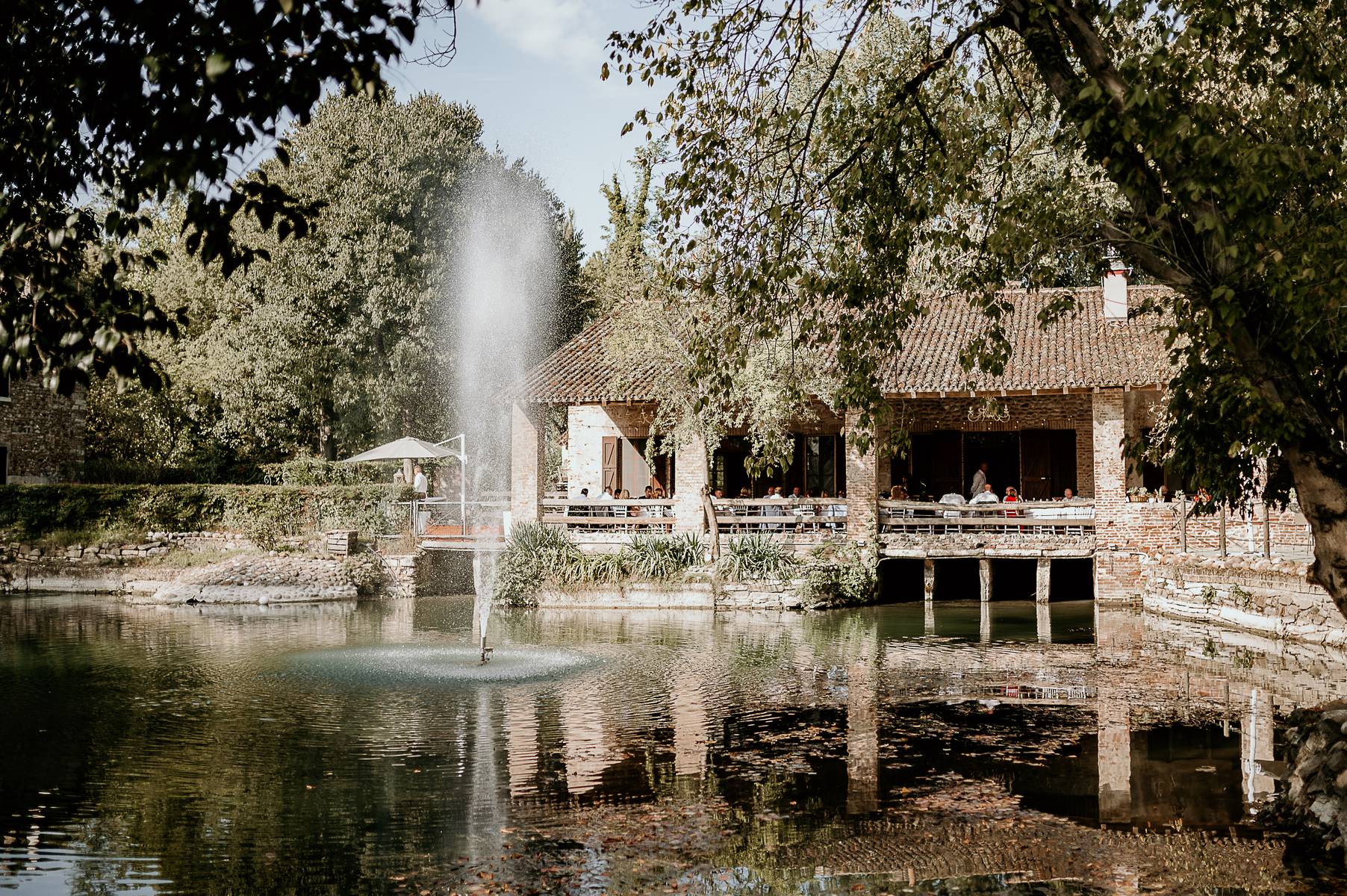 Nearly sixty years have passed since the place around the river called "Old Mill in loc. Pozzolo in Volta Mantovana" was in full operation. The most recent images date back to the early twentieth century.
In the 1960s, Amedeo and his son Giuseppe had the idea of making a new place on the river, just a few steps from the mill, where people could sunbathe and bathe in the Mincio River, and so an artificial beach was built. 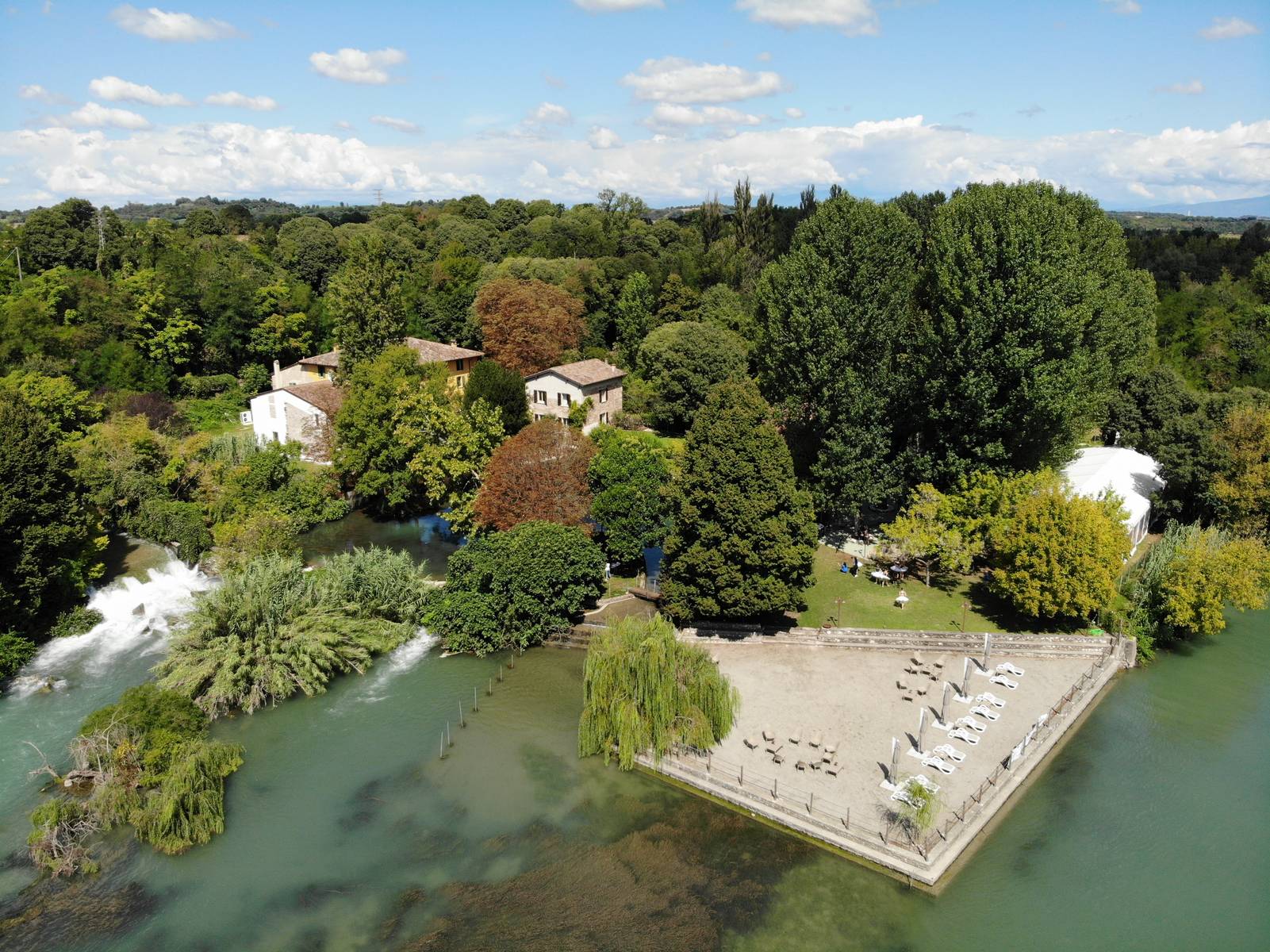 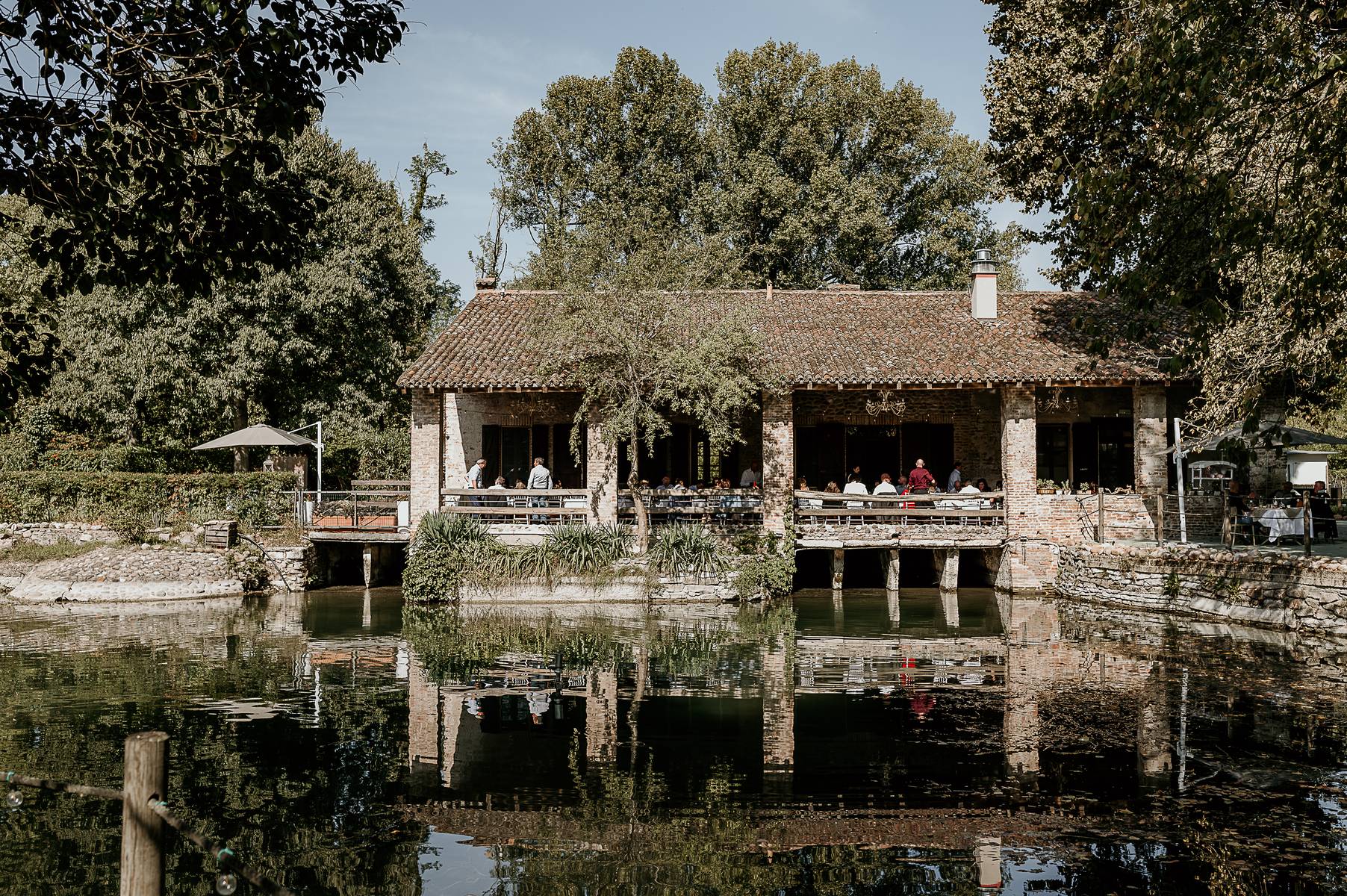 The large farmhouse opposite the house of Mr. Amedeo and his wife Bruna, however, had not been inhabited since the mill was abandoned. Only the two halls on the ground floor, which had once hosted the family's grand dinners and many weddings, were still used by the Angelini family.

After centuries of life, the old stone building with wooden ceilings needed an external intervention to remain standing. So Mr. Giuseppe, Amedeo and Bruna's successor, decided to restore it to its former glory, also in memory of those who lived and worked there. 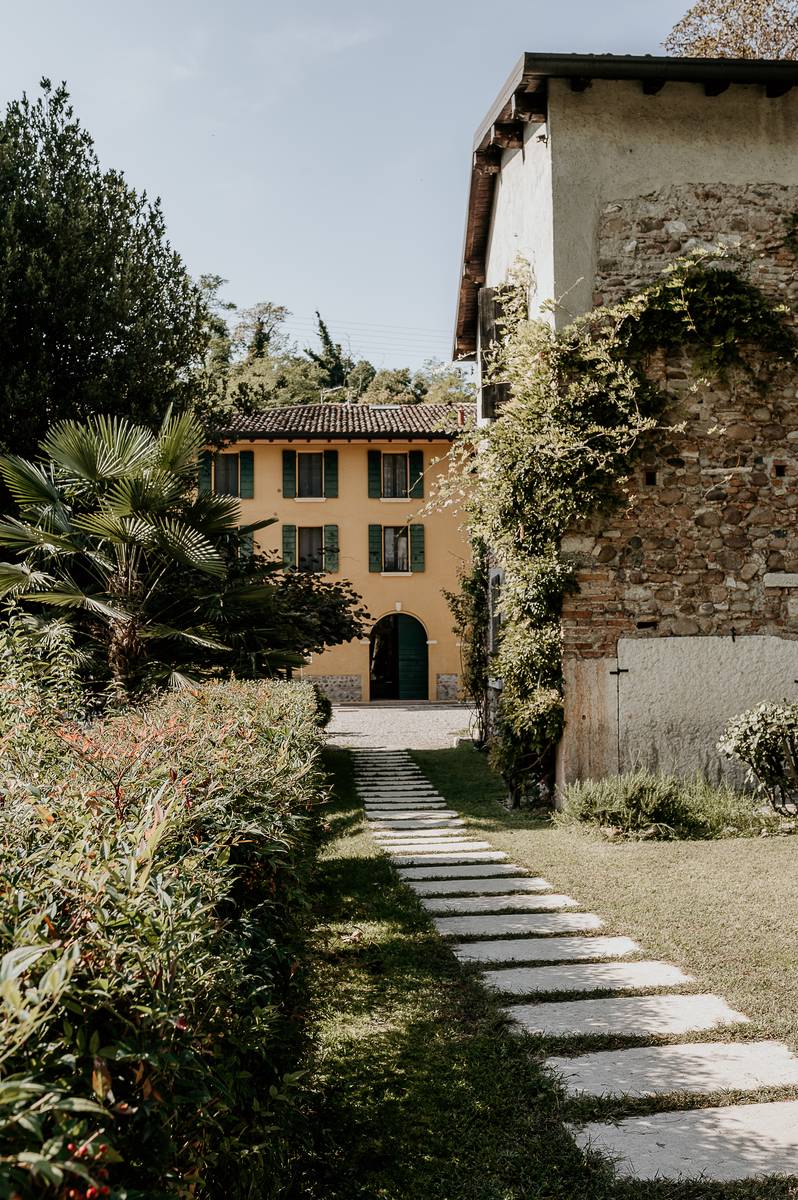 The farmstead, now called Villa dei Mulini, underwent careful renovation with a view to renewed use in tourism. Today, after two years of restoration work, Villa dei Mulini has returned to shine with new and sparkling vitality. Nothing has been overlooked, in every corner is perceptible the attention to detail, the excitement of colors, the harmony of shapes, the roundness of the stones that decorate the walls. Anyone who stays there rediscovers the authentic flavors of the past, the human warmth, the sympathy that nourishes positivity, one feels at home, comforted by affectionate attention and the charisma of history. 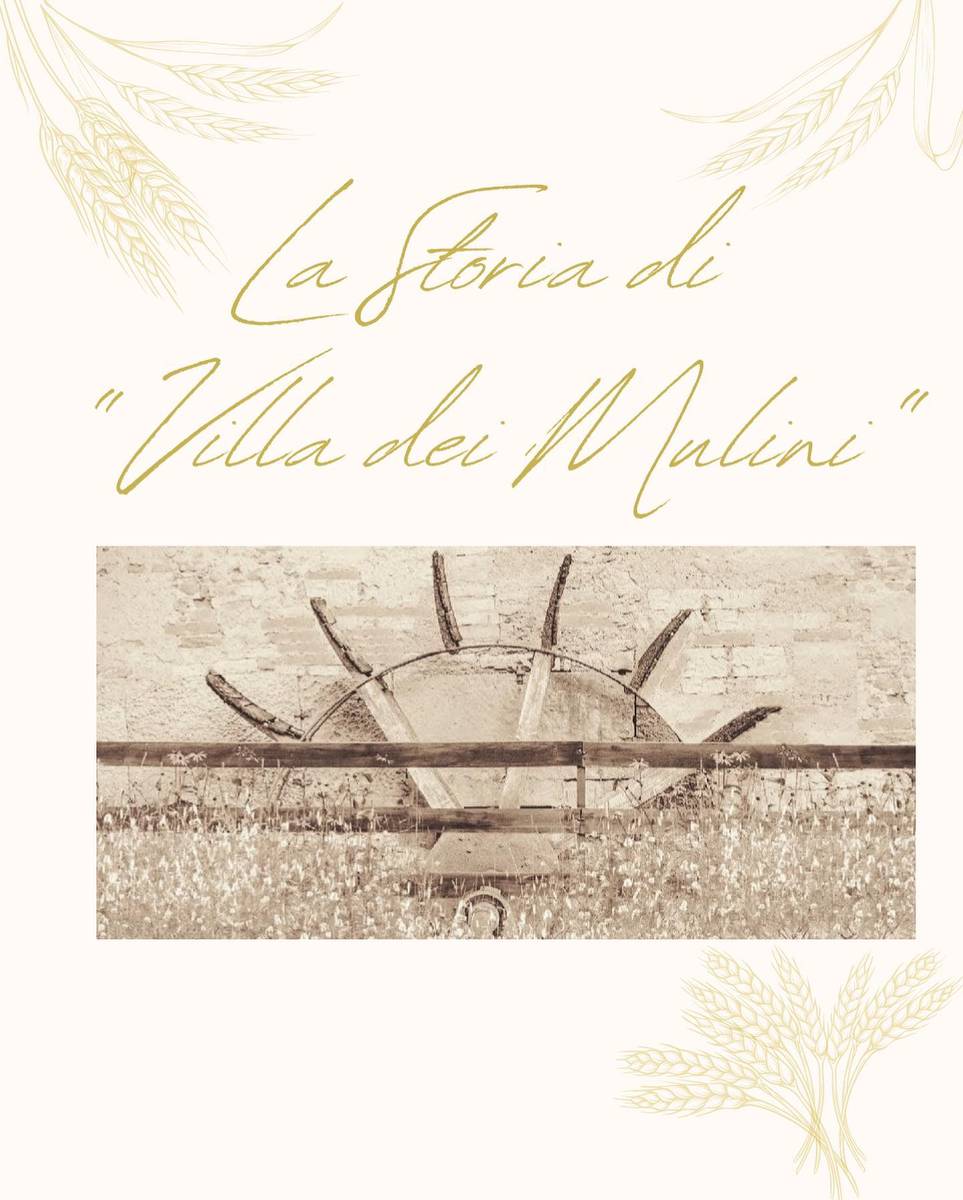 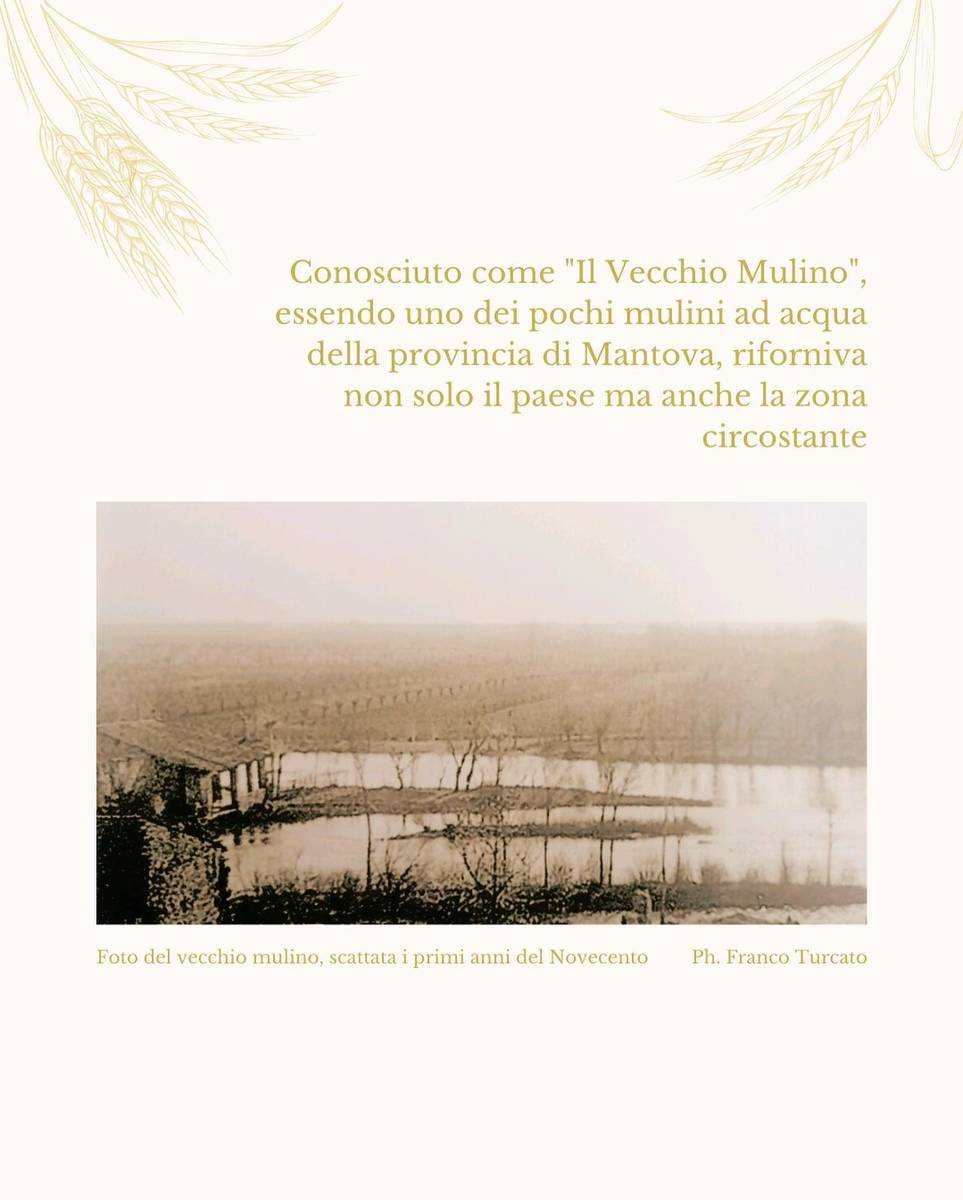 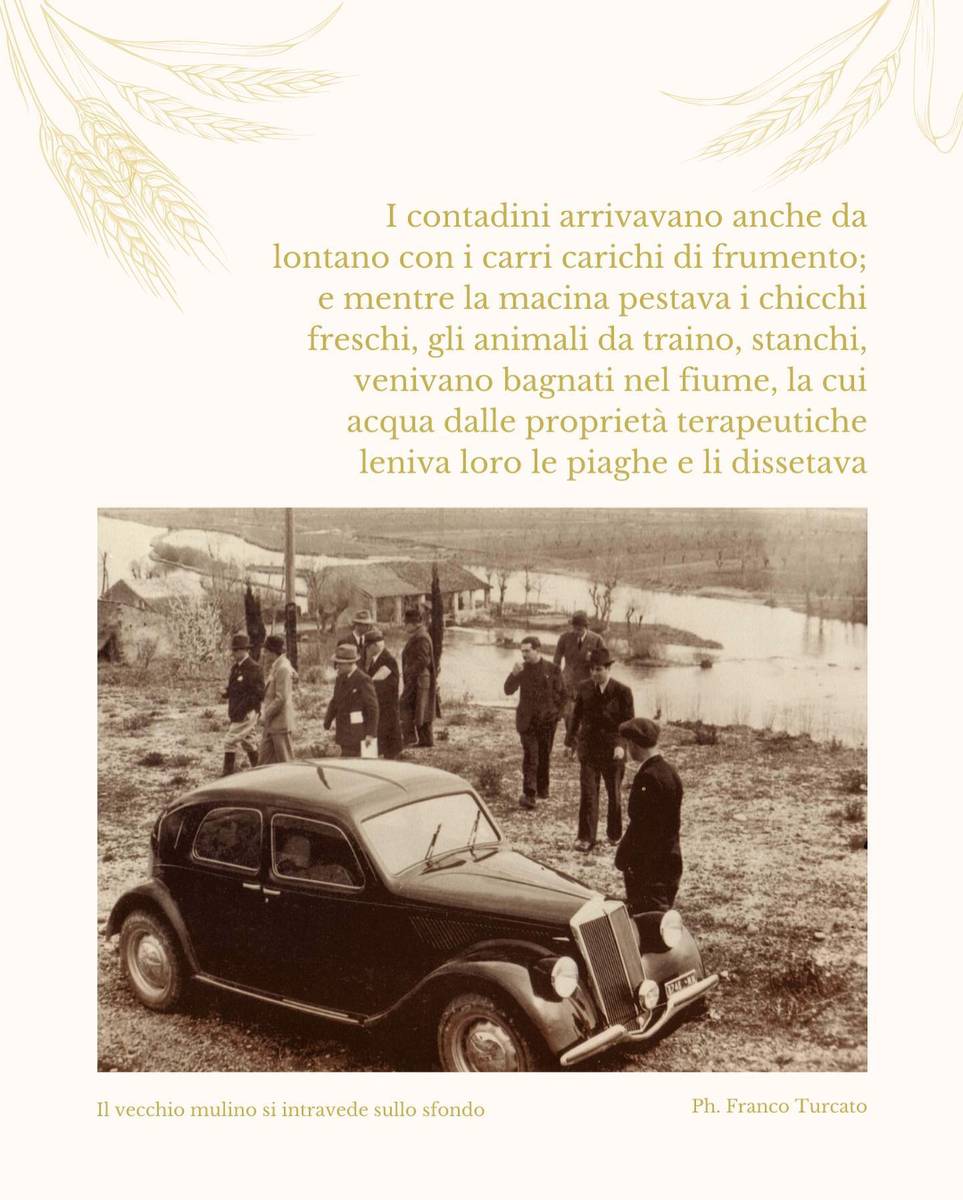 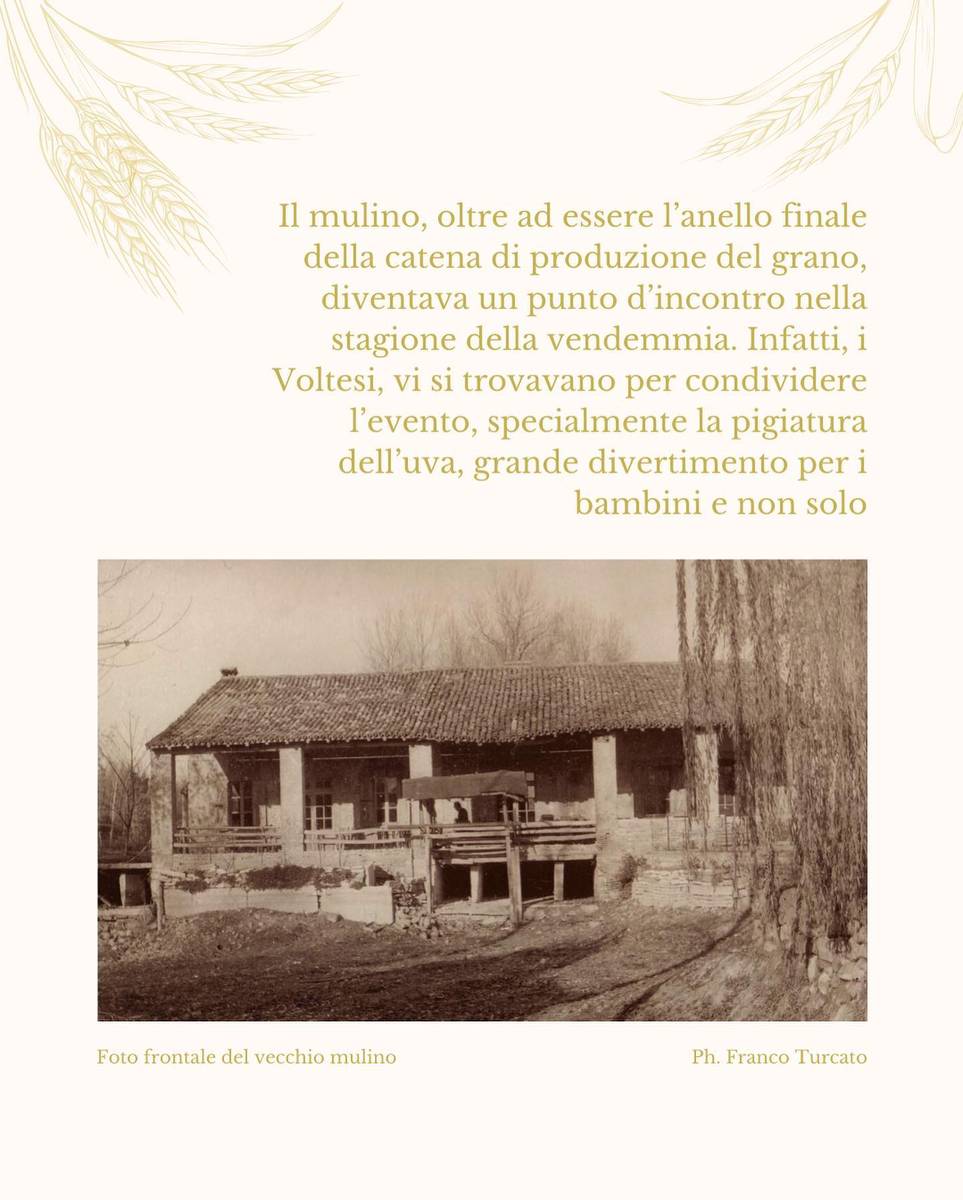 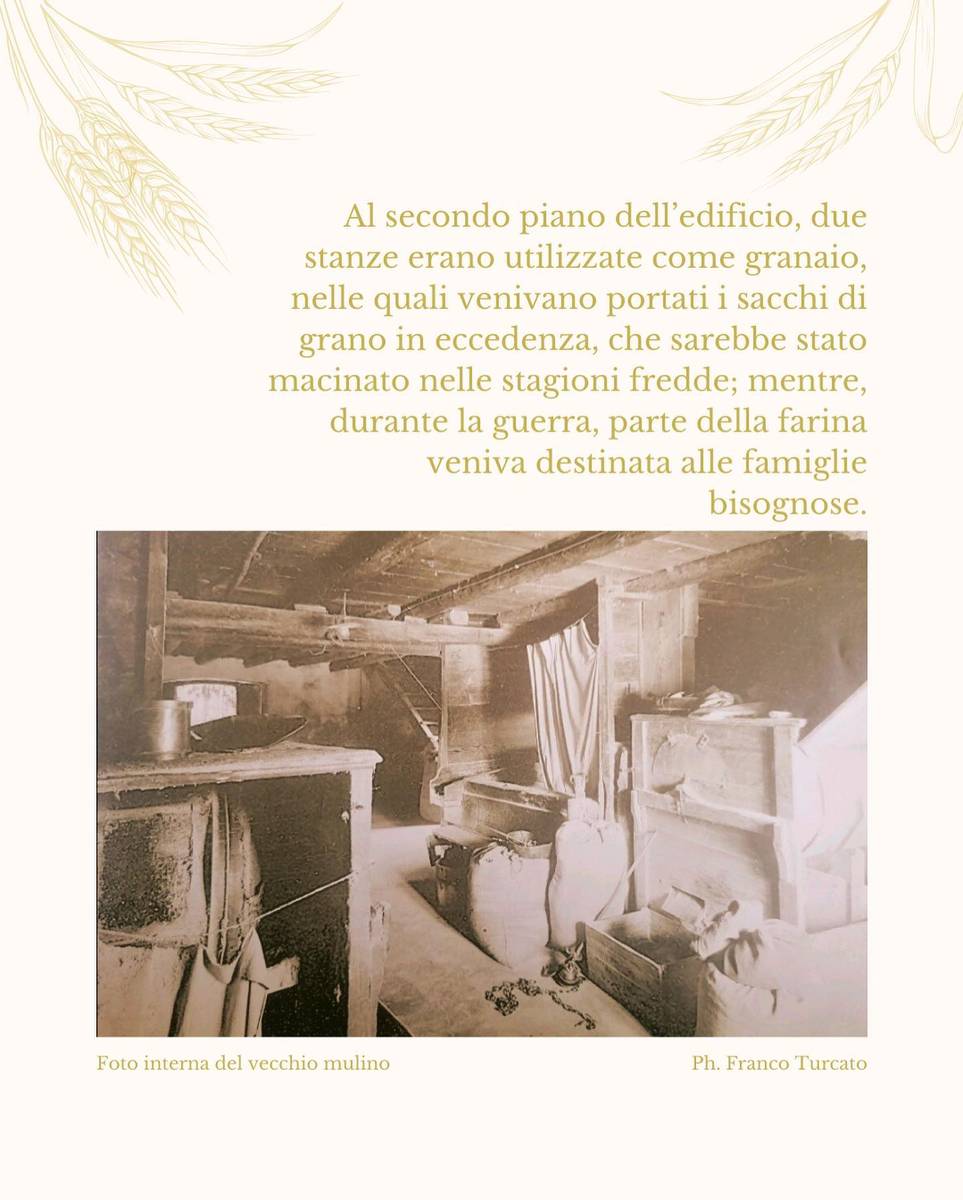 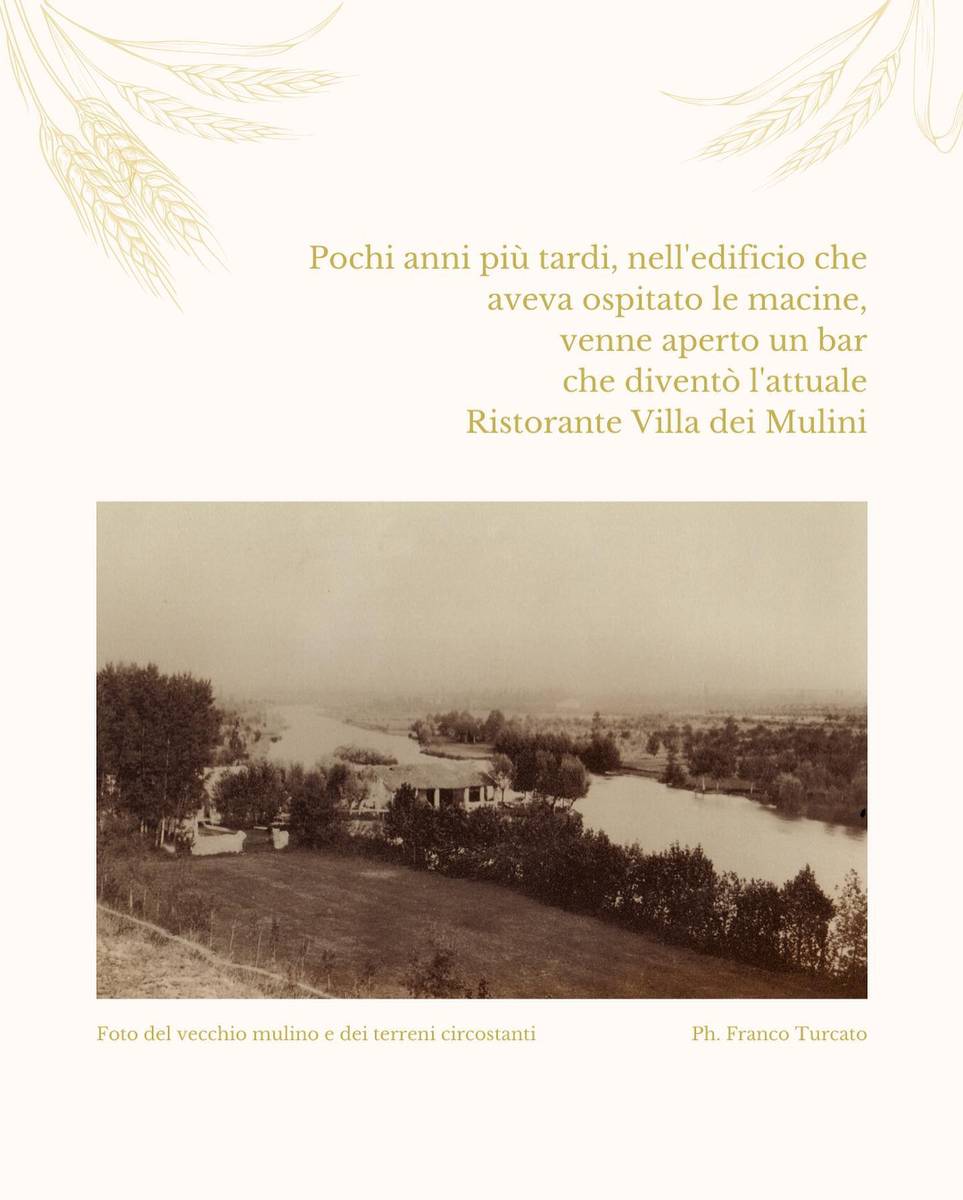 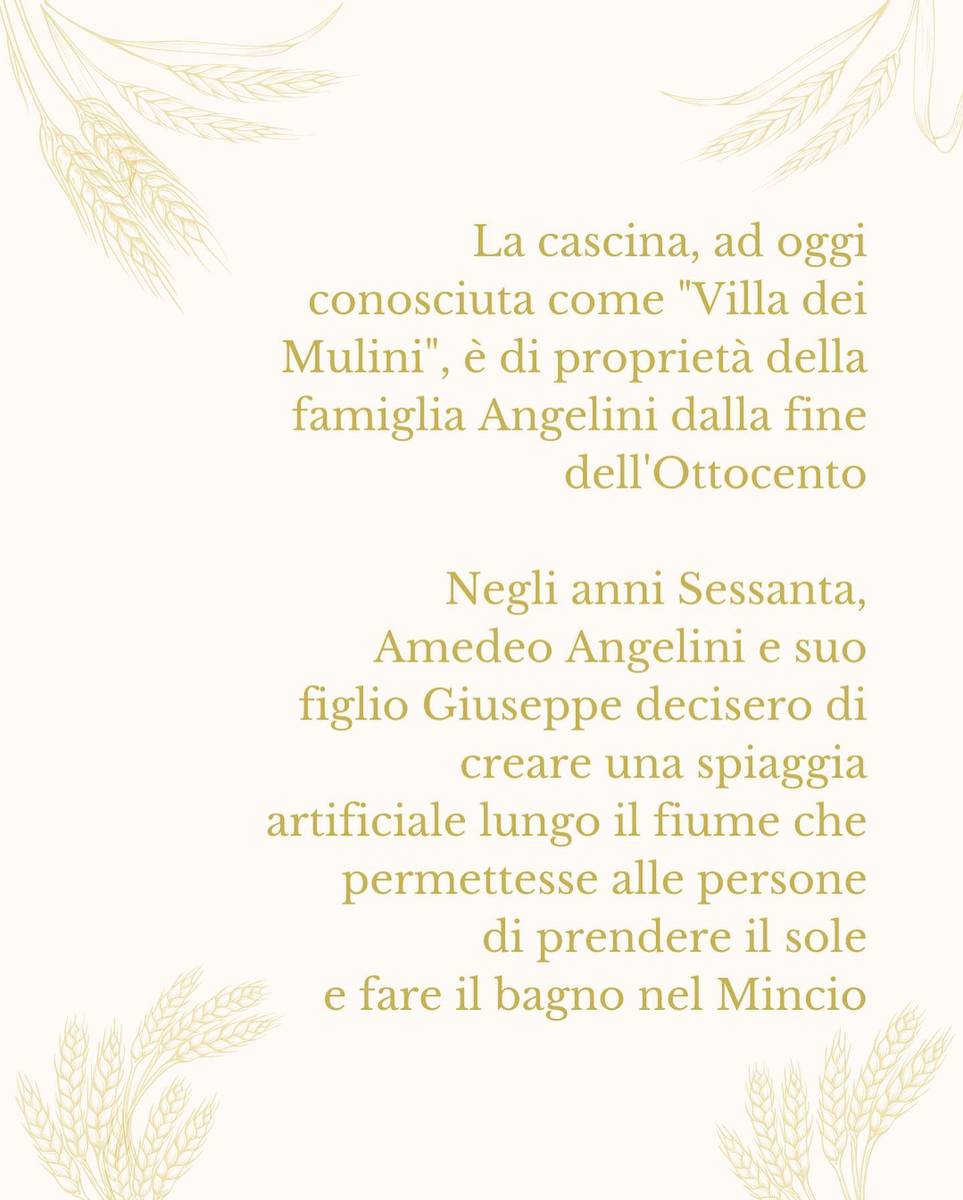 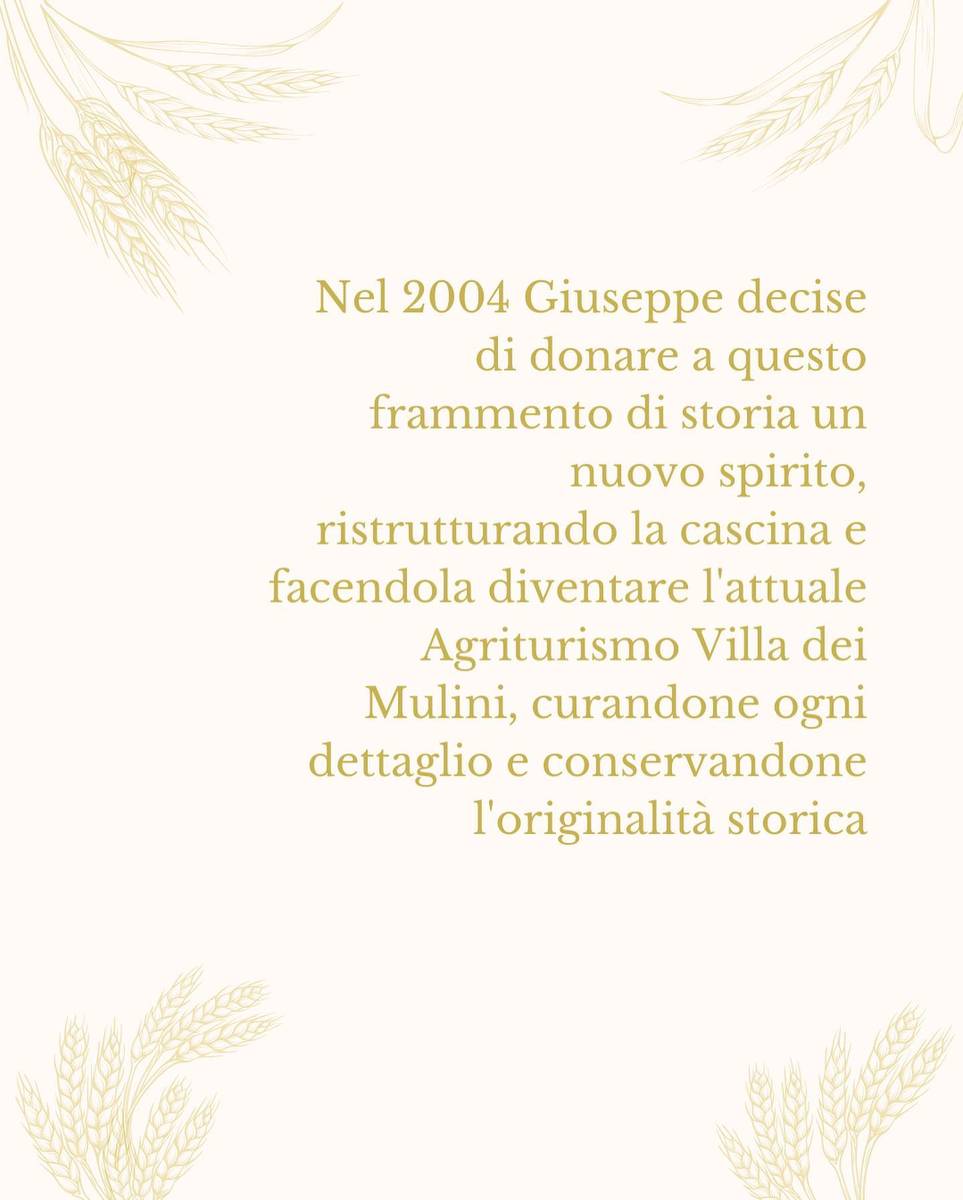 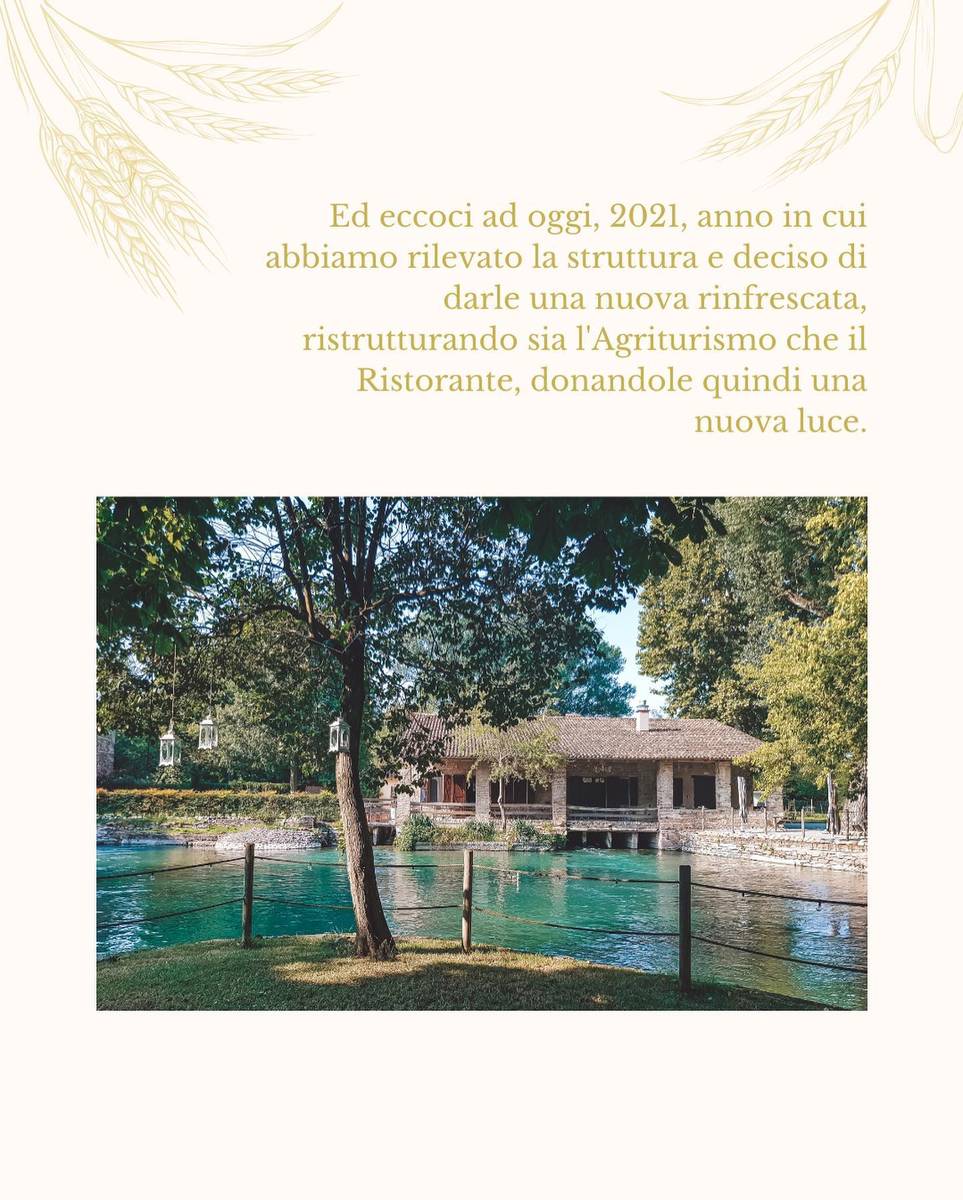